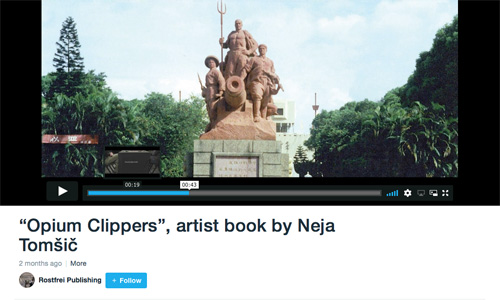 “Opium Clippers is a book about a suppressed episode in world history: the tea and opium trade, from the colonial era to the present.”

The artist book Opium Clippers is based on the series of homonymous tea ceremonies in which artist Neja Tomšič tells (true) stories about forgotten episodes in world history to a chosen audience while making and drinking tea. In the second half of the 19th and beginning of 20th centuries the tea and opium trade was one of the most lucrative businesses in the world and was, at the time, completely controlled by the great European colonial powers and private corporations enjoying state protection.